Flags - Towards a New Understanding

New Report on
Flags - Towards a New Understanding

This report (Feb. 2016) outlines the findings of a new study aimed at finding a way forward on the complex issues around the flying of flags on public buildings and on the unofficial flying of flags in outdoor spaces in Northern Ireland.

Compiled by Paul Nolan and Dominic Bryan from the Institute of Irish Studies at Queen’s, the report is based on a study involving a survey of 1,421 residents across Northern Ireland’s 11 council areas, focus groups, and interviews with political and community representatives, alongside a review of current policies.

In addition to presenting findings from the survey, the report includes a one page document entitled ‘Liberty and Respect: Guidelines for the Unofficial Display of Flags in Outdoor Settings’, which its authors hope will inform the evolution of a new consensual approach to the flags problem. 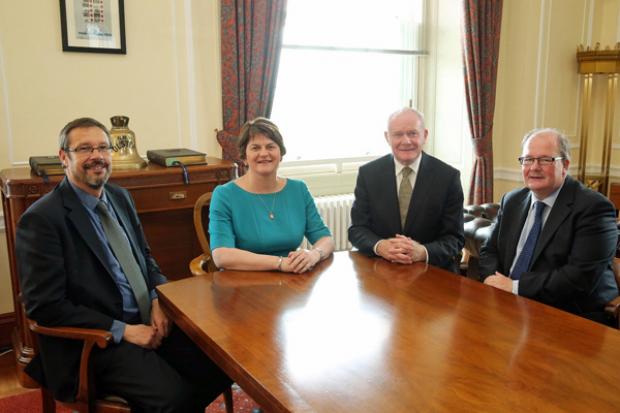 Former Director of the Institute Dr Dominic Bryan (left) has been seconded by the NI Executive to act as Co-Chair of the Executive's Commission on Flags, Identity, Culture and Tradition